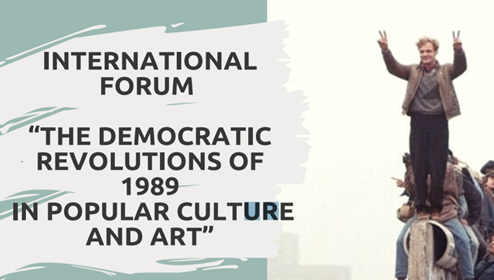 In the framework of the project “RESHAPING THE IMAGE OF DEMOCRATIC REVOLUTIONS 1989: European Contemporary Perspectives and Forgotten Lessons from the Past” the International Forum “The democratic revolutions of 1989 in popular culture and art” will be realized in a hybrid format, combining online and live sessions.
The project seeks to remind European citizens about the democratic revolutions 1989-1990 as a period of arduous struggles for pluralistic democracy and peaceful coexistence in Europe with the aim to strengthen the contemporary commitment of the European citizens to the preservation of democratic pluralism and democratic institutions. The Forum will be the project’s final activity.

The first session will give general introduction to the topic. The participants of the Forum will see the educational film “How did 1989 change Europe?”.
The film is a product of the discussions held at the International Spring
Forum (16th -18th June, 2021) which focused on 5 key topics:

-Living in divided Europe before 1989

-The democratic revolutions of 1989

-The legacy of the democratic changes

-The future of Europe

Diana Todorova, Documenta. Todorova is coordinator of the project “Reshaping the image of democratic revolutions 1989: European contemporary perspectives and forgotten lessons from the past”

This session will focus on the work of several photographers who were in the right place at the right time during these turbulent years.
The participants of the Forum will have a chance to see digital exhibitions dedicated to the democratic revolutions in different European countries. Relevant photographers will share their professional and personal experience of 1989.

Mirko Krizanovic, photo journalist, born in former Yugoslavia and living in Germany since 1969. Krizanovic documented the democratic transitions of the late 1980s and the 1990s in different European countries. 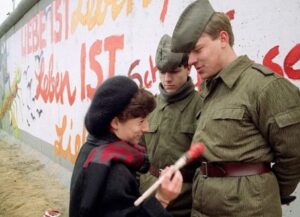 The third session will explore the place 1989 holds in the culture of remembrance of different European countries.
The participants of the Forum will have an opportunity to compare the challenges of teaching about the democratic revolutions in theirs countries.

Gruia Badescu, CRIDL. Bădescu is an Alexander von Humboldt Fellow and a Zukunftskolleg Research Fellow at the University of Konstanz. His research examines how societies deal with difficult pasts through spatial practices, including critical approaches on memory-work.

Tena Banjeglav, Documenta. Banjeglav holds a Master’s degree in History from the University of Zagreb and is in charge of Documenta’s educational program 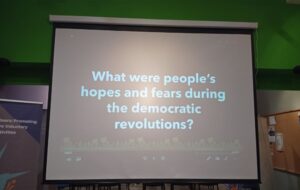 This session will explore the social and political impact of television during the democratic changes of 1989 in different European countries.
The participants will watch selected TV archives from the time and will have the opportunity to share their thoughts on the way the democratic changes are/were represented in the mass media in their country. 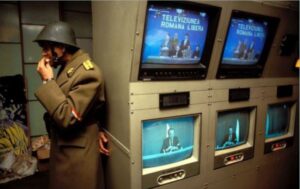 This session will gather stake-holders from the field of history and civic education in person in Vienna, Austria, to present them the project, the educational film “How did 1989 change Europe?” and the manual with didactic materials “1989: a lesson from the past”. The following discussion will focus on the place of democratic changes in everyday life, media landscape, and the art scene in Europe – with a special focus on Austria and neighboring countries.
The session will be streamed on Zoom for the participants of the Forum. They will have the chance to ask the speakers additional questions and comment on the discussion in Vienna.

Robert Misik  – journalist, writer, political commentator. Starting his journalist career in 1989, Misik was a correspondent for the German news magazine Profil from 1992 to 1997. Since 2002 he has been working as a freelance author for numerous media outlets. His topics include the critique of capitalism and globalization, Austrian and German daily politics, the history of social democracy, and the relationship between consumer culture and commodity production. At the Bruno Kreisky Forum for International Dialogue, he directs the event series “Genial dagegen”.

Gruia Badescu, CRIDL, a Zukunftskolleg Research Fellow at the University of Konstanz

Admission to all events at Depot Wien is free.
Please check current COVID regulations before visiting (2G at the moment).

The event will also be streamed on Zoom for those wanting to participate in the discussion online.
The online link to the discussion will be provided after the registration at https://forms.gle/xi2a8QmB7sYCcCkM7

The Forum will be held in English.

The project is co-funded by the Europe for Citizens Programme of the European Union in partnership with Documenta – Center for Dealing with the Past.

← RESHAPING THE IMAGE OF DEMOCRATIC REVOLUTIONS 1989