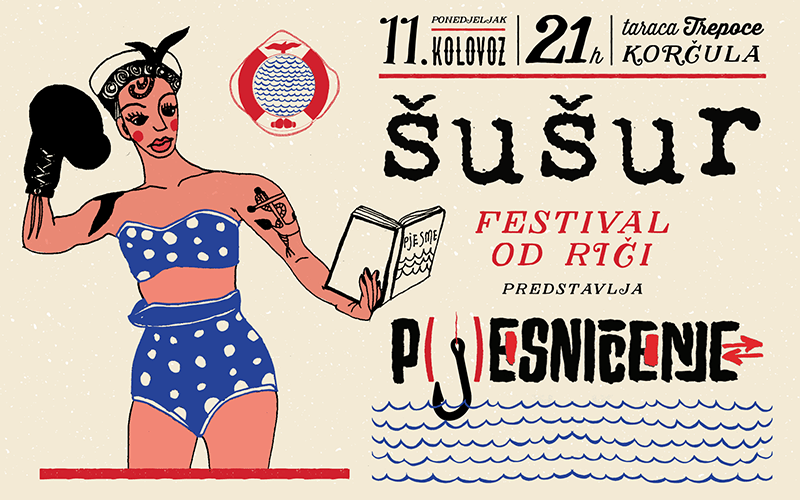 The third edition of the ŠUŠUR! Festival of Words is going to be realized in partnership with the Croatian association Kulturna Akcija – KULA and the poetic collective Pesničenje from Belgrade, Serbia. In the heart of Korčula island in Dalmatia, poets from the local and regional scene will be presented in two rounds.

Come and actively support this unique artistic performance with your applause or be a part of it by reading your own verses which might have never seen the light of the day before. No age nor gender restrictions, but a prior application is required.

ŠUŠUR! Festival od riči 2015 was supported by the City of Korčula.